Here's ruff (see what I did there?) you've been waiting for!  It's the second part of our cutest odd dog couples blog!  Give a drumroll to these strange friendships.  They might be unconventional, but they definitely don't lack cute.  In fact, we split this blog up not to overload your senses with cute, but once you see the rest of these furry friends, you'll realize that's impossible to avoid.

Mani and Candy - Mani the wild boar (who looks like a baby Pumbaa!) was found as a baby starving in a field in Germany.  The Dalhaus family, who found him, then took him home to nurse him to health.  While their plans were originally to give him a to a refuge, he and Candy, their Jack Russell Terrier, have formed such a bond, that they might just end up keeping him!

Kasi and Mtani - Kasi and Mtani had a friendship from the start, as they were raised at Busch Garden in the U.S. together.  Even though Kasi has gained more interest in hanging out with his Cheetah pals, him and Mtani the Lab still have a strong bond and even do school visits together.

Suriya and Roscoe - This might be one of the most infamous intra-species friendships, there's pictures of them everywhere!  Suriya was raised at a rare and endangered species rescue, though she was not raised with Roscoe.  One day, when Suriya was out with her handlers, Roscoe appeared and followed them home.  The Blue Tick Hound found her home with Suriya and the two have been inseparable since.

Kate and Pippin - Kate and her owner, Isobel, found Pippin as a lone baby deer in the woods.  They raised her until she was old enough to go back to the woods, and Kate became Mom to her very quickly.  Even though Pippin is now out in the woods raising a deer family of her own, Kate still visits her from time to time.

So tell us - are your senses overloaded?  That's okay, we can't handle the cuteness either!  This just reminds us that love comes in all forms - across all types of people and animals!  Let's applaud these animals for being species-blind and loving across challenges.  You go, guys, friendship wins! 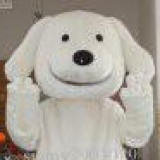